True Salts are a collaboration between the True Salts team and IVG. Both manufacturers are UK based, with IVG (which stands for I Vape Great) known around the world due to the presence of their e-liquids in over 100 countries across six continents. IVG has been operating since 2016 and has been the recipient of several domestic and international vaping awards.

This True Salts collaboration is focused on delivering nicotine salts. They offer a wide variety of flavours, including some less typical entries like Aloe Vera.

True Salts e-liquids come in 10ml bottles, with concentrations of either 10mg or 20mg.

I tried these nic salts in a trusty Caliburn G at 10mg strength.

An Aloe Vera e-liquid is an eye-catching and unique idea. I'm a big fan of aloe vera after staying out in the sun for too long, but as a flavour, I wasn't sure what to expect. I remembered, however, that I really like Grace's range of Aloe Vera drinks, so I was hoping for something similar.

My first thoughts were, wow, this is interesting. My second thoughts were, this won't be for everybody. The inhale is slightly sweet and soothing, just like aloe, while the exhale reminded me of lush vegetation with a touch of spice.

Overall, this flavour won't be for everyone, but I think True Salts and IVG should be commended for pushing the boundaries here with this exotic take. It's cool and refreshing, with a faintly soapy taste.

Recommended For: People looking to try out new, unusual flavours and vapers who like slightly sweeter e-liquids.

Banana Ice is a little more straightforward but exciting nonetheless. Fruit flavours with a touch of menthol are an absolute favourite of mine, so I was pretty excited to try this one. The banana on the inhale definitely comes through, but it has a slightly creamy or caramel touch. This really works with the menthol exhale, creating a nice balance.

The creamy notes were something of a surprise for me as many banana flavours I've tried tended to veer into the more chemically sweet area. While this is a distinct and unmistakable banana, it has a softness that is very agreeable. So much of a banana's flavour is tied to its soft texture, so capturing some of that by using a touch of cream really makes this work.

Definitely a tropical summer flavour, but perhaps not an everyday vape. Although, if they can get some potassium in there, who knows?

Recommended For: Anyone who likes fruit flavours.

OK, this one is very interesting. The H stands for herb (I guess), and the berry is blueberries. Using herbs is another novel vape idea and one that I hadn't tried before. Of course, blueberries are a typical enough vape flavour, and occasionally manufacturers get it really right by capturing their slightly acidic and only slightly sweet character.

The herb in question is aniseed or anise as it's more frequently called. Aniseed is an aromatic herb that has similarities to basil and tarragon. It's a little sweet and spicy, and while it might not be able to carry an e-liquid flavour on its own, I was interested to see how it works with these blueberries.

On top of all of this, True Salts have added some menthol notes on the exhale to make this a strange and complex brew. The herbs are certainly present on the exhale, and overall they reminded me of some of the heisen flavours, which I believe also use aniseed in the formulation.

H-Berry is an enjoyable flavour that stands out from the crowd due to the faint taste of herbs.

Vapers of particular vintage will remember Matlow's Rainbow Drops, which were a 1980's candy staple. They're hard to describe precisely for anyone unfamiliar, but if I had to give it a go, I'd say they are like powdery, sugar-coated Rice Crispy. They came in a variety of different colours that were each supposed to be a different flavour, but thinking back on it, it was mostly just vaguely fruity and sugar.

Anyway, the next True Salts I tried are based on this long-forgotten candy. It promises to be a real trip down memory lane with red, orange, green, blue, indigo and violet all combining to create that sensation of stuffing your mouth with a handful of these maize and rice-based candy.

And, I've got to say, it kind of works. The sweet, tangy flavour isn't sickeningly over-the-top, so while this is a good e-liquid for someone with a sweet tooth, it's enjoyable for someone who prefers fruit-based flavours. Honestly, I'm not sure which specific fruits the original or nic salt version of Rainbow Drops were trying to replicate, so it's to the True Salts credit that they've got the blend down.

Recommended For: Definitely for anyone who likes candy flavours, and somewhat for fans of fruit vape juices.

As the British summertime comes around, strawberries (and Wimbledon) come to the forefront of the mind. It's not always an e-liquid flavour that is particularly easy to replicate because even the best and ripest strawberry contains just enough acidity to balance out the fruity sweetness.

But True Salts have done an excellent job here by capturing the sweet taste but not going overboard. The inhale is fresh with just a touch of sourness, while the exhale goes for something somewhat unusual by trying to replicate earthy overtones. I'm not sure I would have noticed this if I wasn't explicitly looking for it. If it is there, it's somewhat faint. But I don't think anyone should be too disappointed with that, because after all, we're talking about the taste of soil.

Recommended For: Vapers who like slightly sour fruit flavours.

True Salts are a fun and innovative company that are bringing some interesting offerings to the table. They have lots of other flavours to choose from, like Lemonade, Mango, Pink Menthol, Peppermint, and many more. 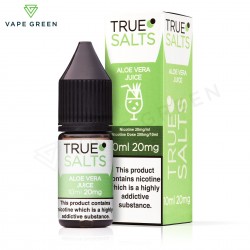 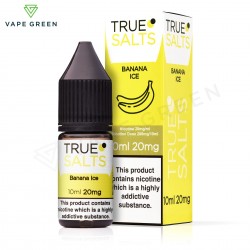 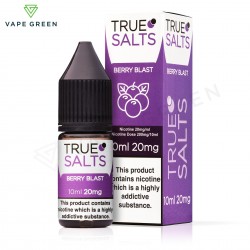 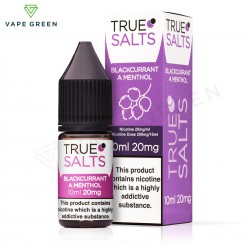 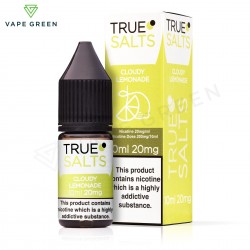 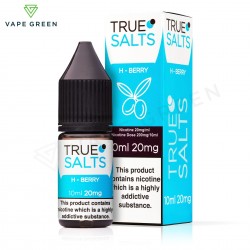 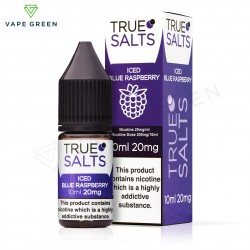 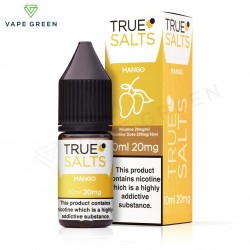 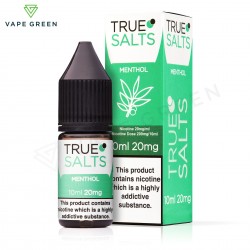 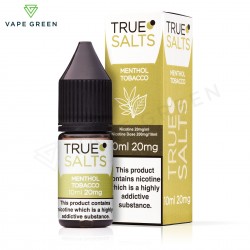 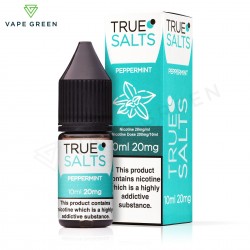 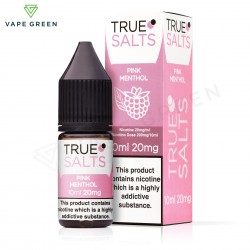 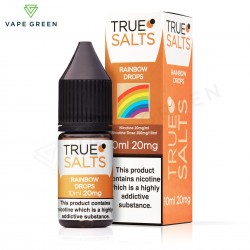 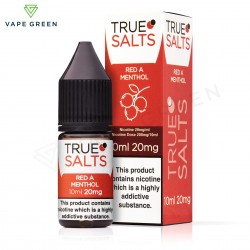 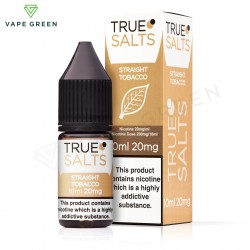 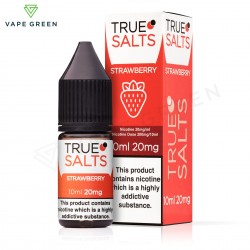 Save products on your wishlist to buy them later or share with your friends.

No account? Create one here
Product added to wishlist